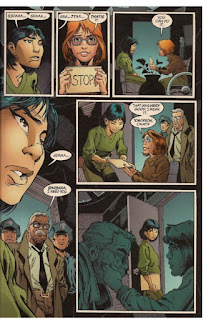 Back in July 1999 Cassandra Cain, created by Kelly Puckett and Damion Scott, made her debut in Batman 567,  a chapter in the huge event, Batman: No Man's Land.  Reading the saga several years after publication, I was intrigued by Batman having to go back to basics, the Bat Family placed in positions that showcased their skill set and vulnerabilities, the rogue gallery making do with scarce resources, and a peripheral ascension of  an errand girl turned ward for Barbara Gordon, the Oracle.

The story about a fallen Gotham told in over 50 issues, assembling dozens of creative teams crafting a narrative of how Batman and Fam regained Gotham interested me a great deal.  And in all the adversity, a silent hero was born, Cassandra Cain. 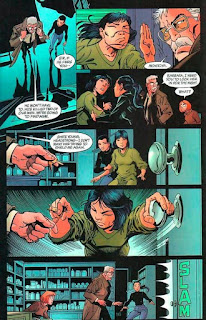 Kelly Puckett and Damion Scott are one of my favorite pairing in comics.   Cassandra Cain, who started out nameless, voiceless, and homeless, is not powerless.  Skillful in their storytelling, the creative team display language without words, yet still having voice, which is uplifted by a strong supportive cast, an interesting background, poignant moments, and action.

At times there are pages with no words, but a script that is gripping, much like the punches distributed by Cassandra Cain.  Indeed learning about Cass's background post crises/pre New52, is quite gut wrenching, but what a fantastic hero we are given my this publishing company.

Folks, I'm still hung up on the music I loved from junior high and high school, scoffing at newer artists of the day, which I consider a huge character flaw of mine, and I am working on it.  Yet Cassandra, who was raised to be a killer, is able to work through her origin of child abuse, motivated to do GOOD in Gotham and beyond the city limits.  It's not like she started this horrific training at 14 years old.  We are talking since birth her twisted upbringing has brought what could have easily been a life of tragedy and malice.  Her father, David Cain, highly skilled-killer, created an environment where a young Cassandra never interacted with others, nor did she ever engage in speech or conversation, which engendered Cassandra becoming a weapon, communicating through body language, allowing Cass to go undefeated, predicting her opponents moves and bullet dogging ability. 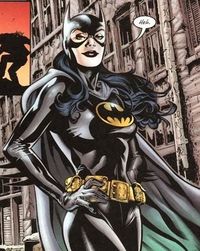 Although this piece is all about Cass, I am also a Helena Bertinelli lover, so I must mention that the iconic Batgirl suit we see on Cassandra was actually created by Helena when she, a true Gotham Girl, remained behind during No Man's Land to defend it.  Yep, while Bruce was out there finding his way, Helena never left.  Feeling like her Huntress persona wasn't enough, Huntress sought after a symbol that would instill fear into those who engaged negatively in the lawlessness of the abandoned city.  Although Bruce Wayne dished out his best jerk sandwiches towards Helena, she knew that the Bat, a symbol that cast fear in the cowardly, would elevate her mission in engendering some type of justice in what many considered a lost cause. 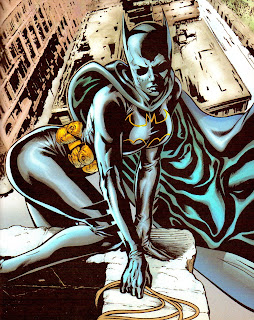 Many people think the "sealed mouth" feature of the costume is because Cassandra does not speak.  However, the reason for the concealed cowl, if you will, was because Helena was spray painted in the face, leaving her mouth exposed a day after.  And through trial and era of being the 3rd Batgirl, (Bette Kane counts) Helena sewed the mouth shut to disguise being identified in her dual roles.  Many issues later via Batman's manipulative games, he fired Helena, donning Cassandra as the new Batgirl.  All of this in the pages of No Man's Land. 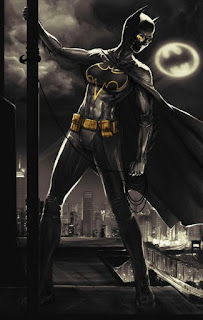 Now Gotham has a new protector.  Puckett and Scott did well, allowing the character to breath and grow in the pages of her own book.  Each story its own, yet adding layers and dimensions to this dynamic character with movement, a change in countenance, eventually dialogue, and of course, action.  30 issues into the book and there were still key elements about the character that were not yet revealed, but looking back one knew the creators had it all plotted out.  And no, the story doesn't come across as dragged out.  With Batman and Oracle playing the role of pseudo parents in a way, the audience, whom may still be uneasy with a new Batgirl, have Barbara and Bruce as the ultimate co-sign.

Today her story and identity would be told in a single trade, and if that wasn't enough to intrigue the readers, the book would be dropped quickly.  Cassandra is now Orphan.  She is not starring in her own book, but she is on a team in the pages of Batman and the Outsiders.  Also, the name I.D., Cassandra Cain will be said in the movie, Birds of Prey: The Fantabulous Emancipation of One Harley Quinn.  Many people are not fully comfortable with these interpretations of the character, but I feel like as long as the character's name is ringing out in the streets, DC Comics will always have new comers seeking out Cassandra's origins.  And with these stories so readily available in their entirety in a digital platform, such as DC Universe, new readers are able to enjoy a new experience with old stories of the Silent Knight.

Email ThisBlogThis!Share to TwitterShare to FacebookShare to Pinterest
Labels: blog